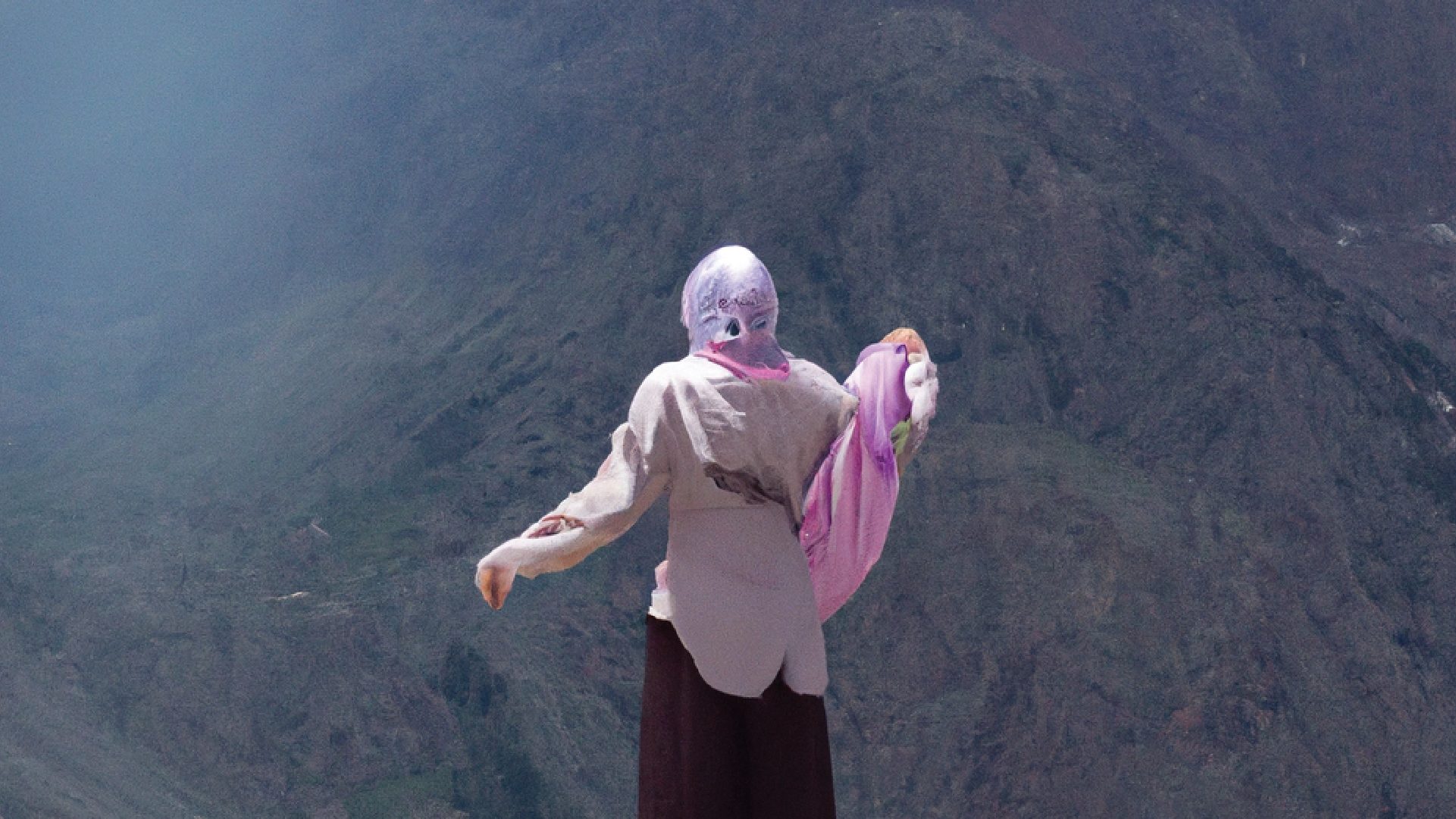 Critical environmental justice is a growing global topic, and the phenomenon has been widely covered in many studies. This is so even in the Global South,[1] where the subject has been examined to understand the ideas that make up environmental discourse. Literature on environmental justice often incorporates liberal notions of justice and is generally an assimilation of Western discourses.[2] This means that the postcolonial condition has been largely overlooked when it comes to climate justice due to a certain homogeneity that forces us to adopt the “dominant ways of knowing nature and living with nature”.[3]However, as we approach climate justice from a postcolonial lens, it is also important to understand how climate change disproportionately affects women.

Gender inequality finds its way, beyond just physical and economic mobility, into climate situations, leaving women, more importantly, those from marginalised backgrounds in countries such as Pakistan, vulnerable to its growing tensions.  Thus, this article employs an intersectional approach that centres the voice of ecofeminism instead of exploring climate justice exclusively from a postcolonial lens. Using the postcolonial condition as a theoretical framework, this article aims to assess the dominant narrative of climate justice and its normative implications on feminist politics.

The Perspective of Postcolonial Ecofeminism
Before delving into this discussion, it is important to understand the term “climate justice” and its aims in traditional discourse.  Climate justice can be defined as “a term used to frame climate change as an ethical and political issue, rather than one that is purely environmental or physical in nature.”[4] As a framework, it brings to light the intersection of climate change and social inequality. With growing debates about the climate emergency, the idea of climate justice appears omnipresent. It has become a rallying cry for environmental organisations to demand that large-scale polluters take responsibility for communities at the frontlines of the climate crisis.

However, while climate justice is an important topic, there are disagreements about the sources of injustice and strategies for combatting injustice. Activist scholars have articulated how patterns of extractivism stemming from colonialism have exacerbated climate injustices and that any strategy to combat them should be informed by anti-colonial struggles.[5] At the same time, emerging feminist literature on climate justice also offers an interesting perspective. These perspectives integrate a gendered approach to climate change to counter the current hegemony. Such a feminist approach is essential to any decolonial framework because our imagination of the contemporary world and its issues has been significantly influenced by a particular kind of social memory that evades women’s narratives. Thus, in the struggle for decolonisation, there must also be a space for the stories of women.

Closer to Home: Indigenous Women and the History of Ownership Rights
One major reason why postcolonial ecofeminist discourse is essential in Pakistan is because women’s attachment to the environment around them and their concerns are often disregarded due to the overarching and dominant ideas of patriarchy and religion. This phenomenon is found across the Global South, where rural women have restricted land ownership rights and are still burdened with the expectations of obtaining food for the family.[6] According to economist Bina Agarwal, this means that women in such positions are better informed than men about land and farming and can benefit many more people if they have greater control in these areas.[7]

Such inequities in terms of land ownership can be traced back to colonial history, where the British introduced a new administrative framework comprised of laws and policies for land ownership. These laws and policies arose from a lack of legal uniformity in the subcontinent, despite the British efforts to consolidate the rule of law into a homogenous code. Thus, the British, motivated to govern the Indians according to their “own” religions, developed separate codes for separate populations.[8] In Punjab, for example, the British government adopted a code of conduct “prepared by the settlement officer out of the waji-ul-arz (village administration papers) and rivaj-i-am (record of customs and rights) compiled at each settlement in consultation with the village headmen” who were acknowledged as “men of most influential families in the village.”[9] This meant that women, who did not usually appear in front of these authorities, were excluded from this lawmaking. The Punjab Customary Law was also adopted, which, as a rule, excluded “daughters and their sons, as well as sisters, and their sons” by the near male collaterals, which in turn affected women’s rights to inheritance.[10] Inequitable policies were so common that while writing to the government of Madras, P. C. Tyagaraja Iyer, a judge in Chittoor, said that the “very principle of the joint family is against giving equal rights to females”.[11] Within the courts, such principles became central to disputes involving women’s property rights and strengthened women’s dependence on their male counterparts.

Spaces of Domination: Past and Present
It is clear that environmental justice is also bound to social justice, but in places so severely wounded by colonial legacies, the implications of climate change are aggravated by the patriarchal and class structures of land ownership. These dominant structures extend to postcolonial nations in terms of concepts of place and ownership for women. It is impossible to understand climate justice without understanding how women have been historically dispossessed of their intrinsic link to their lands and spaces and how this plays out in the present. For example, during the 2010 floods in Pakistan, when approximately one-fifth of the country was under water, displacement camps remained spaces dominated by men. Women trying to access these spaces were often faced with violence and harassment. According to a United Nations Development Fund for Women report, “local men would even hinder aid workers in approaching women”.[12] Thus, when we talk about ecofeminism, this term should not be restricted to connecting the theories of feminism and environmentalism but should be seen as an intersection of gender, class, and imperialism, inextricably linked to the efforts of environmental justice. Ecofeminism, in this sense, calls for the historically erased voices of women as protagonists in the struggle for ecological flourishing. Their role in supporting their communities and improving their families’ livelihoods and their nearness to nature[13] is proof that without their full participation, any efforts to encourage climate justice will eventually collapse.

For rural communities, the lack of property rights for women and the growing unsustainable use of natural, community-based resources has become a question of survival. In the Arctic, for example, women have been traditionally active in the preservation of the ecosystem and are maintainers of traditional knowledge, playing a critical role in environmental conservation; another example is that of Sri Lanka, where women fought to get their land back, altering government plans for a tourist resort project.[14] This shows how ecological justice is linked to women’s sense of belonging to their ecosystem.

Recommendations for National and International Environmental Platforms
Going forward, there is a need for postcolonial theorists to realise the “contradictions of globalization, patriarchy, and environmental degradation”,[15] specifically in the context of countries like Pakistan that are inflicted with displacement and erasure of the narratives of women. To this extent, NGOs in Pakistan, such as LEAD and Aurat Foundation, play a significant role in changing the status quo and creating policy frameworks that maximise women’s roles in developing sustainable outputs. For example, the Aurat Foundation has successfully launched a campaign for women labour in the agricultural sector, emphasising that their domestic labour force contributes to 25% of the country’s GDP.[16] In this regard, the organisation launched a Participatory Policy Assessment to promote the rights of agrarian women by researching current policies and legislation and how they can be improved.

It is safe to say that any successful disruption of dominant paradigms can only take place when feminist and environmental movements work together. On the international level, institutions such as the  United Nation’s Southern Climate Partnership Incubator[17] must organise transparent, meaningful, and inclusive consultation of stakeholders, specifically gender-based organisations, experts, and marginalised women. An alternative political order is only possible if we remain future-guided in our approach. Future-guided politics is an essential part of ecofeminism; it never forgets the complexity of the past and the uncertainty of the present and believes in a prefigurative vision.[18] Therefore, policy initiatives related to climate change must encourage intersectional and gendered leadership spanning from grassroots activism to international platforms.

Conclusion
A postcolonial ecofeminist lens is vitally important to bridge the country’s environmental and social justice issues. It is critical to create space for marginalised women, specifically in political and legal spheres. As explained above, it was our native women who carried the suffering of colonial and indigenous patriarchies, and there are important connections between “the domination and exploitation of women, and the domination and exploitation of the environment”.[19] Thus, there can be no ungendered reality for a postcolonial nation such as Pakistan, and Western, liberal notions of climate justice cannot automatically empower and emancipate our women in this sphere. Their sense of belonging to their environment will continue to be overlooked unless avenues for change realise their concerns. We cannot, and must not, continue to think of social and environmental justice as separate ideas. Once we understand this link in the light of ecofeminism, we will be able to see how the effect of climate change is a bloodless and slow violence in more ways than what we currently fixate upon.

[1] The Global South is generally used to refer to low and middle income countries, located in Asia, Africa, Oceania, Latin America, and the Caribbean.

[8] Mytheli Sreenivas, ‘Conjugality and Capital: Gender, Families, and Property under Colonial Law in India’ (2004) 63 The Journal of Asian Studies 937.

[14] OECD, Gender and the Environment: Building Evidence and Policies to Achieve the SDGs (2021).

[17] The SCPI has been launched by the Secretary General of the UN to facilitate developing countries in addressing climate change. 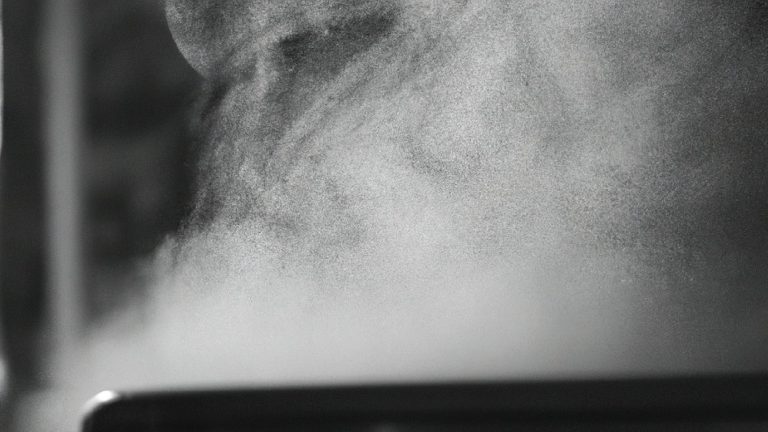 This article focuses on the impact of air pollution, and specifically indoor air pollution on women’s health and gives recommendations to improve women’s participation in conversations around climate change